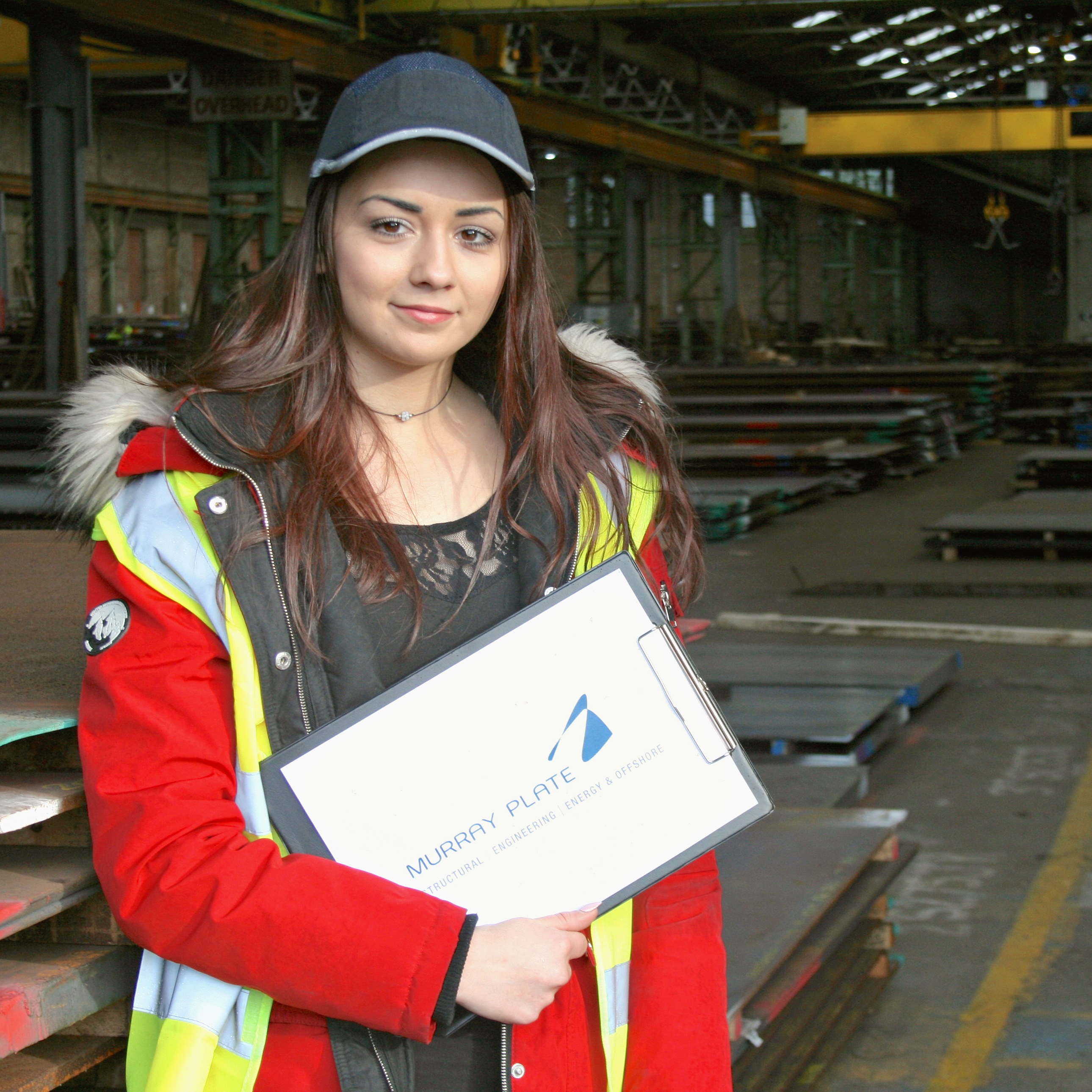 A young Croatian woman who came to the UK as a nervous 18-year-old unable to understand the accent in her new Sheffield home has gone on to become an award-winning apprentice with a career in the city’s steel sector.

Kristina Kolar is now 23 and a respected member the business support team at Murray Steel on Herries Road, a stockholder which supplies specialist profiled steel plates to companies across the UK.

She was highly commended as one of five finalists from across the UK in the National Association of Steel Services apprentice of the Year Awards last autumn and has now been nominated for Apprentice of The Year in the Made In Sheffield Awards, which have been postponed until September.

A career in the steel sector was never in my thinking,” said Kristina, who has now completed a Level 3 Business Administration Apprenticeship provided by The Source Academy.

“I’ve found my dream career. Steel is an important part of the heritage of the city I now call home and I am proud to be working in it.”

Tammy Laws, Business Support Manager of Murray Steel said: “We are tremendously proud of Kristina’s achievements. She is an asset to the team and has a bright future ahead of her. To make the final five in our sector’s apprentice awards was a huge achievement and very much deserved.”

Kristina came to Sheffield from Zagreb, Croatia, in 2014 as an EU citizen with her sister Petra after their lorry driver father secured work in Stockbridge.

“I didn’t want to leave my friends and my country. It felt very scary. I’d studied English from the age of seven but I found the South Yorkshire accent really difficult. I couldn’t understand anybody for months,” she said.

Kristina had also left behind her studies in economics; despite being only a year off a degree-level qualification, she discovered they counted for nothing in the UK.

She could only find work with a bakery chain, then a warehouse. Feeling unfulfilled, she enrolled on a full-time law course at Sheffield College.

“After a year I found it too hard-going and wanted to start a career and earn a wage,” she explained.

“Through college I found out the UK has apprenticeships for numerous careers where you can earn and learn at the same time. In Croatia there is only a scheme for trades roles and hairdressing.”

Having studied marketing, accounting, business development and management in Croatia, she decided on a Business Administration Apprenticeship and landed a trainee role with an insurance company.

After gaining a Level 2 qualification, she decided insurance wasn’t for her. “I found strong recommendations for apprenticeship provider The Source Skills Academy in Sheffield and contacted them for help,” she said.

“Soon after, they invited me to interview for a role at Murray Steel. I wasn’t sure. I had negative perceptions of the industry and so did my friends.

“At Murray Steel I have learned a great amount about material grades, testing, test certificates, our drilling tools and the capability of our machines. In my role supporting the commercial teams I have a significant part to play and I have been trusted to be directly involved in procurement and contract reviews for orders worth over £100,000.

“I now aim to take the skills I have learnt through my apprenticeship to develop my career with the company. I can’t explain how proud I am to have found a place for myself in the country which is now my home.”

Kristina’s Business Administrator apprenticeship started in June 2018 and she completed it in August 2019.

“I could not have wished for a better tutor at The Source,” she commented. “He helped me with the fact that English is not my first language, to understand my course, to finish my tasks and work to a high level.

“The Source Skills Academy is a fantastic training provider. It changed my life.

“I think apprenticeships are perfect for young people who are willing to work and study at the same time. It is the best thing I have ever done. I would recommend it to everyone and have already persuaded my sister to take up an apprenticeship.”

Petra Kolar, 24, had applied unsuccessfully for over 100 jobs after gaining City and Guild qualifications at Sheffield College and believed her life would never improve.

But after contacting The Source, she completed a Steps To Work programme and was put forward for a customer services job at Meadowhall Shopping Centre.

She got the job and began a Level 2 apprenticeship in November.

Adrian Plant, Kristina’s tutor at The Source, commented: “Kristina has achieved her qualification through being really pro-active and taking onboard all the advice I gave her, particularly on developing her written English.

She is now so confident she is supporting a new Murray Steels apprentice in his development. We are all rooting for her in the Made in Sheffield Awards at the Cutlers’ Hall on September 2.”