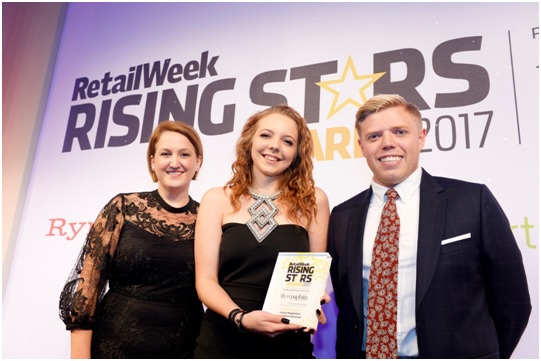 Jess's apprenticeship was made possible thanks to the EDA's Education and Training Programme which is available to EDA members through a partnership with apprenticeship training agency, EDA Apprenticeships Plus. Jess's training was managed by Sheffield-based training provider, The Source Skills Academy.

“We are all extremely proud and delighted with her achievement. She is such an asset to the Jack Hinton’s team, and a great example of the value apprentices can bring to a business. We look forward to continuing to support Jess in her future career.”

“Jess is typical of the bright, motivated young people we want to attract to our business. To win a national competition at such a young age – she’s just 17 – is a fantastic achievement."

“Electrical wholesaling doesn’t often make the headlines, but in this case I hope her success will help to raise our profile and encourage others to find out more.”

Dianne Wainwright, Head of Operations at The Source said of Jessica's success:

"Jessica is a fantastic apprentice who is truly a great example of what young people can achieve through an Apprenticeship."

"It's just the best news. As soon as we recruited Jess in September 2016 we knew she had amazing potential. Jess has enjoyed an excellent year of employment as an Apprentice with EDA Apprenticeships Plus and in addition to winning this award we were also delighted when Jess was offered a full-time contract with Edmundson Electrical from the beginning of October 2017."